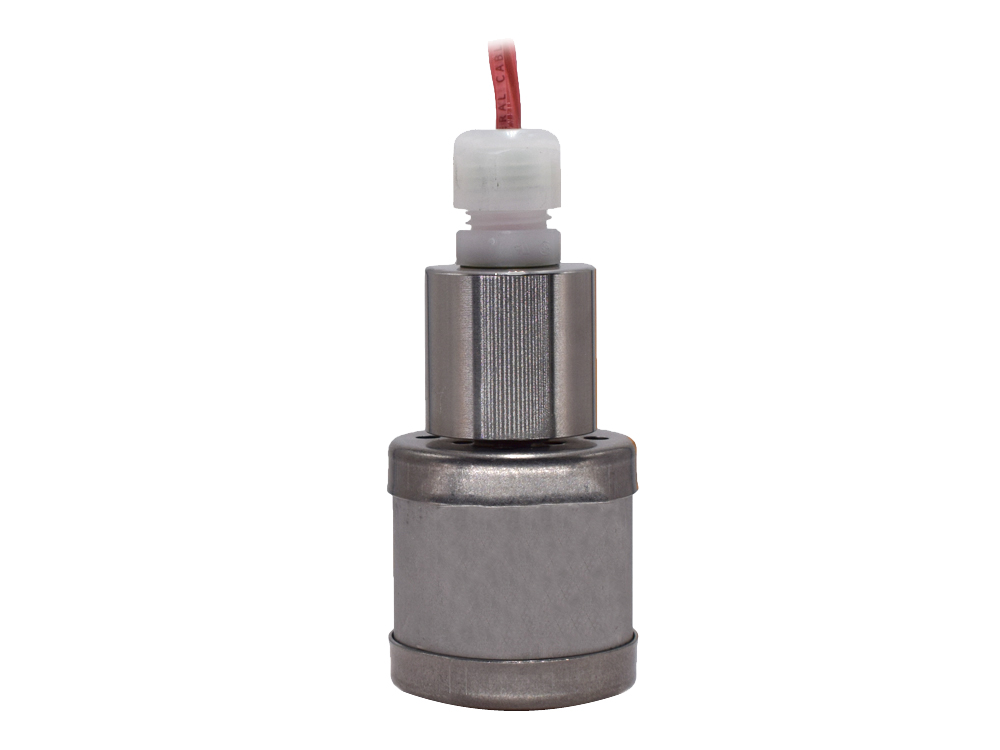 LS-750 Series Single-Point Level Switch units are ideal for use in oils and water. With a compact-sized float, slosh shield and weighted collar, the LS-750 provides liquid level detection for a wide variety of applications. Suspend in stand pipes or sumps for leak detection duty or drop into wells for ground-water monitoring. Supplied with 25 feet (7.62 m) of waterproof cable. 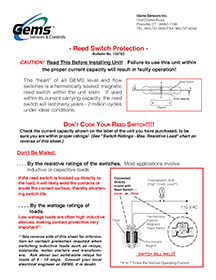 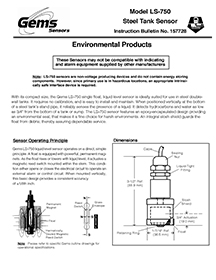 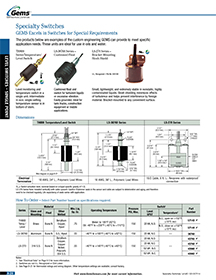 Format .pdf
Size 4 MB
Download
What is the life expectancy of a reed switch?

A reed switch is extremely rugged and designed to operate reliably for many years, under ideal conditions, up to about 2 million cycles. To achieve maximum service life, reed switches benefit from protected electrical supply.

After programming my Ultrasonic Sensor, the output constantly reads 4mA, what should I do?

What is the standard thread callout for the mating connector on the LS-700 model type with optional pin connection?

What is the mating cable connector for a standard custom made LS-700 model type with a 5 pin connection?

What is the mating cable connector for a standard custom made LS-700 model type with a 4 pin connection?

What is the mating cable connector for a standard custom made LS-700 model type with a 3 pin connection?

What is the mating cable connector for a standard custom made LS-700 model type with a 2 pin connection?

Please see the wiring diagram below: Wire diagram for part 181291

What is meant by "CMOS/TTL logic?"

TTL stands for Transistor-Transitor Logic and is considered a logic family. A logic family is a collection of different IC chips that have similar input, output and internal circuit characteristics, but that perform different logic functions. CMOS, which stands for Complementary Metal-Oxide Semiconductor, is another type of transistor logic family that has become more popular than TTL in recent years thanks to higher speed and lower power consumption (e.g. the 0.5 mA associated with the CLS-1200's 5 VDC output option is sufficient to drive only one TTL logic gate versus ten CMOS gates). The majority of today's large-scale ICs, such as microprocessors, use CMOS. 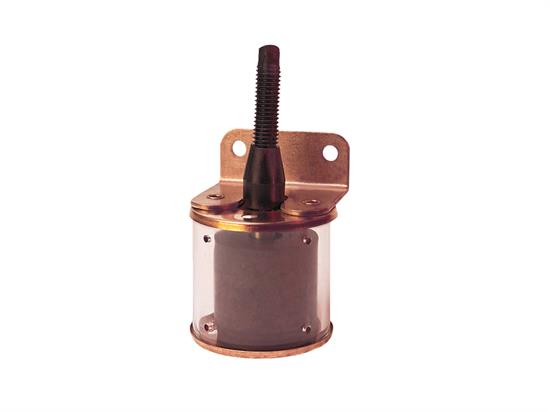 LS-270 Series Single-Point Level Switches are small and lightweight and can be bracket-mounted to any convenient surface. They are extremely stable in non-static, highly contaminated liquids and ideal for use in oils and water. Slosh shielding...