How does a pressure transducer work?

Not all of us respond well to pressure, but that’s exactly what happens with a pressure sensor. If you’ve wondered how a pressure sensor works, these devices convert pressure into an electrical output signal such as voltage, current, and frequency. Sensors, meanwhile, allow the sensors to proportionally react to the applied force of the pressure.

Pressure sensors are commonly used for gauge pressure measurements, from leak detection to air quality monitoring. There are many industries that rely on pressure sensors, including:

Given how many different applications exist for pressure sensors, there are an equally large number of varieties available, and what may work for one job might be unsatisfactory for another. That’s because not all pressure sensors were built to withstand the same elements across every single application.

How Do Pressure Sensors Work? 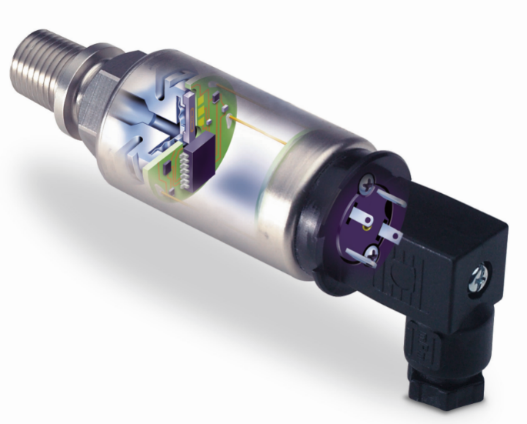 So how does a pressure sensor work? The majority of pressure sensors operate using an electrical input, and are responsive to changes in both pressure and temperature. In regards to temperature fluctuations, most sensors have a range in which they’re expected to operate functionally. Outside of that range in either direction, the potential for failure increases. In extreme cases, temperature changes can alter a sensor's electrical output signal even when the pressure itself remains constant. That’s because as temperatures rise or fall, materials will respond by expanding or contracting, which can alter pressure sensor calibration by changing its geometry, mechanical properties, and electrical characteristics.

As you might expect, pressure is also a significant factor in sensor performance. A sudden shot of extreme pressure, sometimes referred to as a “pressure spike,” can destroy a sensor that’s not built to handle the stress. When this happens, whether it’s from a jammed gear or blocked valve, for instance, it can cause an immediate halt to all system processes.

Not all applications are susceptible to pressure spikes, of course, but ones that are should be outfitted with sensors that are up to the task, such as a special purpose sensor, which are created for use in extreme environments, or a differential pressure sensor, which works well with liquids and gases. It’s worth noting, too, that many other elements can also affect a pressure sensor’s measurement accuracy, including configuration, electromagnetic interference, and linearity.

Whether you’re looking for a thin film pressure sensor, Chemical Vapor Deposition (CVD) pressure sensor or a capacitance type sensor, you can call on Gems’ expertise to help you select the correct one. Gems offers a wide range selection for a variety of applications.

Not all of us respond well to pressure, but that’s exactly what happens with a pressure sensor. If you’ve wondered how they work, these devices convert pressure into an electrical output signal such as voltage, current, and frequency.
Gems Sensors & Controls