How Intrinsically Safe Relays Are Used in Sewage Lift Stations

A wastewater or sewage lift station is a pumping station that will move the waste from a lower elevation to a higher elevation.  This is critical where the elevation of the source of waste does not allow for gravity flow to move the waste to the treatment facility.  Unfortunately, waste cannot flow uphill.  Typically lift stations will have two pumps to handle the load and will alternate to prolong the life of each pump.  A dual pump also allows for a backup in case one pump fails or needs to be taken offline for maintenance.

Challenge:  Finding a controller or relay that can work within a hazardous location due to the flammability of sewer gas and have the functionality to work with multiple pumps and alarms. 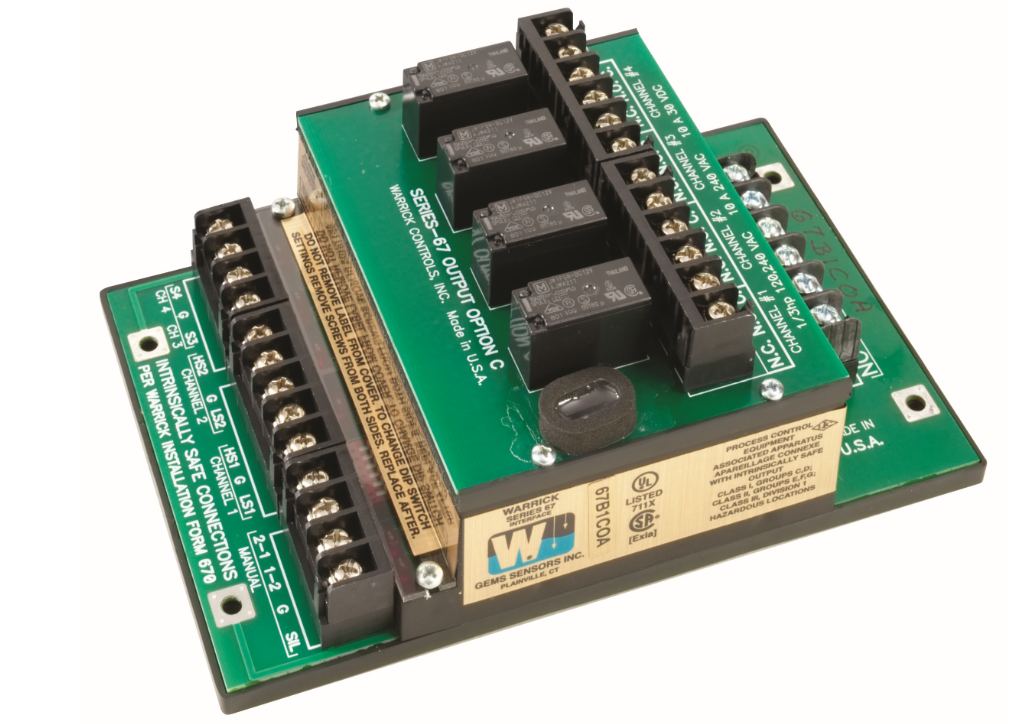 The Warrick Series 67 is a four-channel level controller which makes it an ideal solution to work in sewage lift station applications.  The Series 67 relay is also UL approved intrinsically safe relay.  Intrinsically safe controls are solid state relays which limit current and voltage to a level incapable of igniting flammable gases, like sewer gas.  The Series 67 can be used as a conductivity liquid level control, or with dry contact devices such as level and flow switches, and any other non-voltage storing device.

As mentioned above the relay has the ability to control four channels. This is split between two pump channels and two alarm channels.  This dual pump controller also has the capability for alternation, and lead-lag type function.  This is critical to help split the load and extend the pumps useful life and limit any downtime.

The relay also has a built-in remote alarm feature that will alarm if either of the two alarm channels trip.  This allows remote monitoring of the lift station to be monitored at the treatment facility.  Typically, those alarm channels are used for high and low alarms.  High alarm is critical because it will indicate an issue with the pumps because they are not pumping the tank down.  A low alarm is just as important because it can indicate the pumps are not turning off which could damage them if they run dry.

A wastewater or sewage lift station is a pumping station that will move the waste from a lower elevation to a higher elevation.
Gems Sensors & Controls