What’s the Difference Between Continuous and Point Level Sensors?

In order to measure the amount of a fluid in a given container, many opt to use a level sensor. But what kind of level sensor is right for your application? Finding the right sensor depends on the environment as well as the fluid being measured. To help with that process, we’ll walk through the different types liquid level sensors and discuss how they work.

The other main type of sensor is a point level sensor, which indicates whether a fluid is above or below a specific point. Often a point level switch is used as a warning indicator, triggering an alert in situations where a fluid level is either too high or too low and maintains level between two points. Point level sensors are available in various options and for a range of applications and materials. For example, Float level sensors are straightforward, and work on a simple principle. In most cases, a float containing a magnet travels freely along a stem as the level of liquid rises or falls, and a switch is activated based on the magnetic field that is generated. Reed switches are often used in float level sensors due to their durable construction and precise measurement (less than one percent deviation). 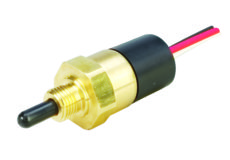 For reflective, sticky, or viscous fluids, capacitive level sensors work very well. They can be custom calibrated and are available in many different sizes and materials, including versions made of safe materials approved for food service use. Capacitive level sensors work by measuring changes in capacitance—the ability to store an electric charge—and can be used with water-based or non-aqueous fluids. 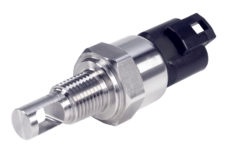 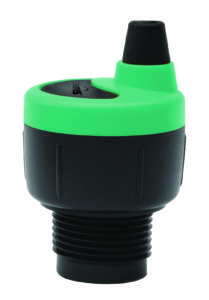 In cases where the fluid being monitored is electrically conductive and extremely quick measurements are needed a potentiometric level sensor may be the best option. They work by transmitting an electric current through a sensor electrode and measuring electrical resistance. Potentiometric sensors are unaffected by pressure, density, or temperature, and can be highly accurate. Potentiometric sensors can be used to measure the fill level of a liquid—or in the case of two liquids with different densities—the separation level between liquids.

Magnetostrictive level sensors are somewhat similar to float sensors, at least in terms of their construction. A magnet sealed inside a float moves along a stem containing a wire. The magnetic field generated by the float generates a pulse which travels down the wire. The time it takes that pulse to travel correlates with the float’s position in the tank, indicating level. Because of the accuracy and speed of magnetostrictive level sensors, they are often used to measure quantities of liquids transferred in commercial transactions and other highly-regulated situations where extremely accurate continuous level measurement is needed.

When choosing a liquid level sensor, it is important to consider the strengths of each type of sensor or switch for your particular application. Aside from the underlying mechanism of action, you need to take into account the materials—particularly when measuring corrosive materials—as well as the viscosity of the fluid that is being monitored.

At Gems Sensors, we’re always available to help you determine the right sensor to fit your needs. You can explore our range of liquid level sensors and switches online, or contact us for more information.

In order to measure the amount of a fluid in a given container, many opt to use a level sensor. But what kind of level sensor is right for your application?
Gems Sensors & Controls